How Root Canal Treatments are Affected by Smoking 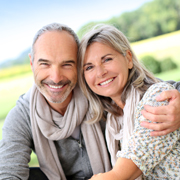 According to the American Cancer Society, about 16 percent of women and 21 percent of men smoke. While smoking has been commonly associated with cardiovascular disease and cancer, it can also cause dental health problems. According to a recent study, smoking can increase the likelihood of needing a root canal.

Root canals are treatments that are used to remove the soft tissues from the center of the tooth. These tissues contain blood vessels and nerves that can become infected or damaged by disease or dental trauma. This recent study examined a group of men for almost 30 years. The men in the study were more likely to need root canals if they had a history of smoking. Current cigarette smokers were the most likely to need a root canal treatment when compared to former smokers and nonsmokers. The risk did not appear to be higher in those who smoked pipes or cigars, but the authors noted that these two groups were poorly represented in the study.

Smoking can also complicate healing after a root canal treatment. This may be due to the toxins contained in nicotine, or it can be due to the reduced blood flow in the oral tissues. If you are a candidate for a root canal, you may need to quit smoking before treatment and during your healing period.

Quitting is also the best way to prevent tobacco-related dental problems. Smoking can also increase the risk of periodontal disease, tooth loss and treatment complications. Call us to learn more about how you can protect your teeth from the damage of smoking or to schedule an appointment with our expert in orthodontic treatment in Los Angeles.